Religion and Politics Should Mix

There’s an old aphorism that maintains that “politics and religion” don’t mix.

Some might say that they “shouldn’t” mix. That somehow politics is crass and mundane and sullies the sacredness of religion. Or, on the other hand, that religion interferes with the righteous pursuit of liberty and the freedom of expression.

On the contrary, I believe that a sense of the spiritual enhances the quest for justice and equality, and that the issues of the secular realm keep religion grounded in reality rather than flying about in fantastical speculation.

Ultimately both politics and religion are concerned with the welfare of others, with the trajectory of the good and beneficial. 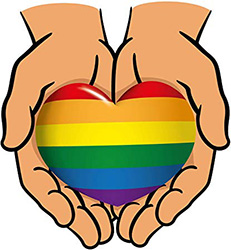 That’s why I am unashamed to be involved in politics as a clergy-member of Clergy Support Memorial Church.  Because I care about and love others, I am impelled to take an active role.

Because I am also a gay man, one of the ways I have been carrying out this role is to fight for the banning of so-called “conversion therapies” (more broadly described as SOGIECE, Sexual Orientation-Gender Identity/Expression Change Efforts), on a federal and municipal level.

Sadly, churches have often been places where these efforts have been endorsed and practiced, believing that LGBTQ+ people were violating divine design, a sin that needed to be repented and “repaired”. I myself experienced these efforts, consenting to spiritual self-flagellation that led only to depression and despair.

Now I look for opportunities to speak and act. I am telling my story where I have opportunity. I have submitted a brief to Parliament supporting Bill C-6-2020 which will criminalize the advertising and monetizing of conversion “therapies”. I am mobilizing a local steering committee of survivors and allies to request our tri-city governments to prohibit these practices through bylaws regarding zoning, licensing and public funding of groups who endorse SOGIECE.

More broadly I vote. I take part in political action.  I participate in political campaigns. I exercise my responsibility as a citizen who also happens to be a spiritual leader.

I believe we should respect those whose sensibilities are different than our own. But I think we should not shrink from challenging what we know to be unfair or unjust. We ought to stand up and be counted for what is good and right and “salutary”. This is the best of what both politics and religion are about.